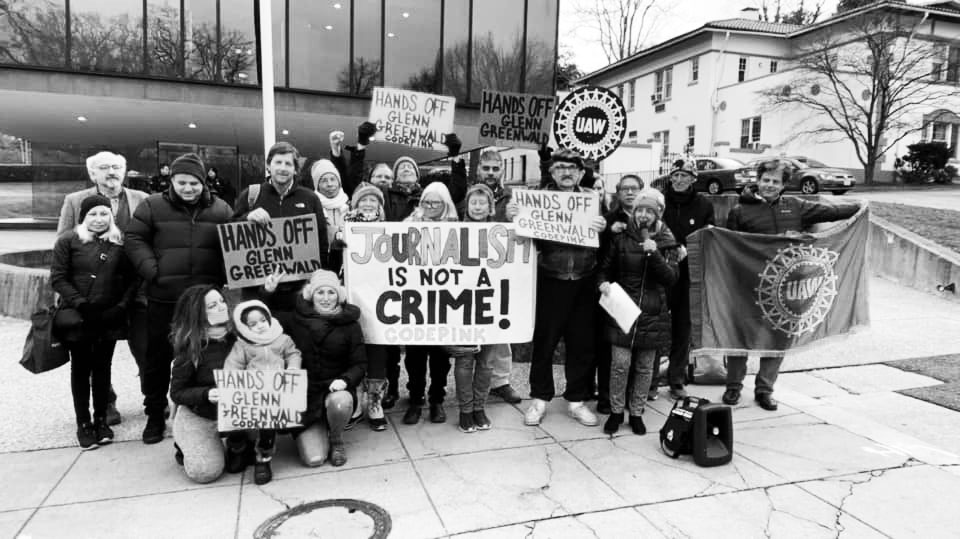 With increased attacks on presidential candidate Bernie Sanders by corporate media, and with reporters, whistleblowers and truthtellers around the world under assault, we talk to journalist Jon Jeter about today’s world of news, lies and videotape. And on the holiday celebrating what would have been the Rev. Martin Luther Kings 91st birthday, activists marched and rallied for a variety of causes related to human rights and human survival. Plus headlines:
-Sanders Surges in Polls
-Trump finalized a rule to allow companies
to dump pesticides and other pollutants directly into many of the nation’s streams and wetlands.
-At Davos, Trump tells CNBC that he would consider cutting Medicare and Social Security in a second term.
-DC Attorney General Karl A. Racine announced a lawsuit against Trump’s inaugural committee.
-Starting with this year’s Women’s March, activists have been in the streets of DC for a variety of issues for human rights and human needs.
-Saturday, January 25th at noon, a rally is scheduled in front of the White House as part of the global ‘No War with Iran’ protests.
-The one-woman stage play, The Fannie Lou Hamer Story, Sick and Tired of Being Sick and Tired, will be at Prince George’s Community College Center on January 25.

This show is made possible only by our volunteer energy, our resolve to keep the people’s voices on the air, and by support from our listeners. In this new era of fake corporate news, we have to be and support our own media! Please click here or click on the Support-Donate tab on this website to subscribe for as little as $3 a month. We are so grateful for this small but growing amount of monthly crowdsource funding on Patreon. You can also give a one-time donation on PayPal. Thank you!