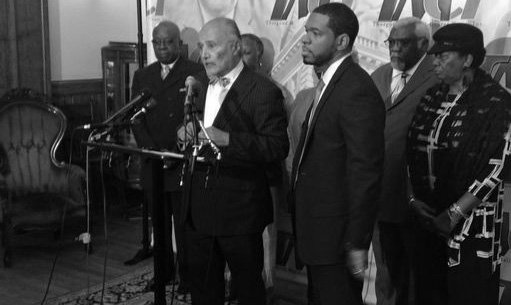 On today’s show, activists are speaking out about a largely unreported fatal shooting by DC police of an unarmed Black man Terrence Sterling. We speak to April Goggans, core organizer for Black Lives Matter DC.
Also, anti-war activists from around the nation and world gathered here this week for No War 2016, held at American University. We feature remarks by Harvey Wasserman, author and activist. Other headlines on Barry Farms and McMillan Park in DC, the prison-industrial complex, and a tribute to poet and critic Sterling Brown.