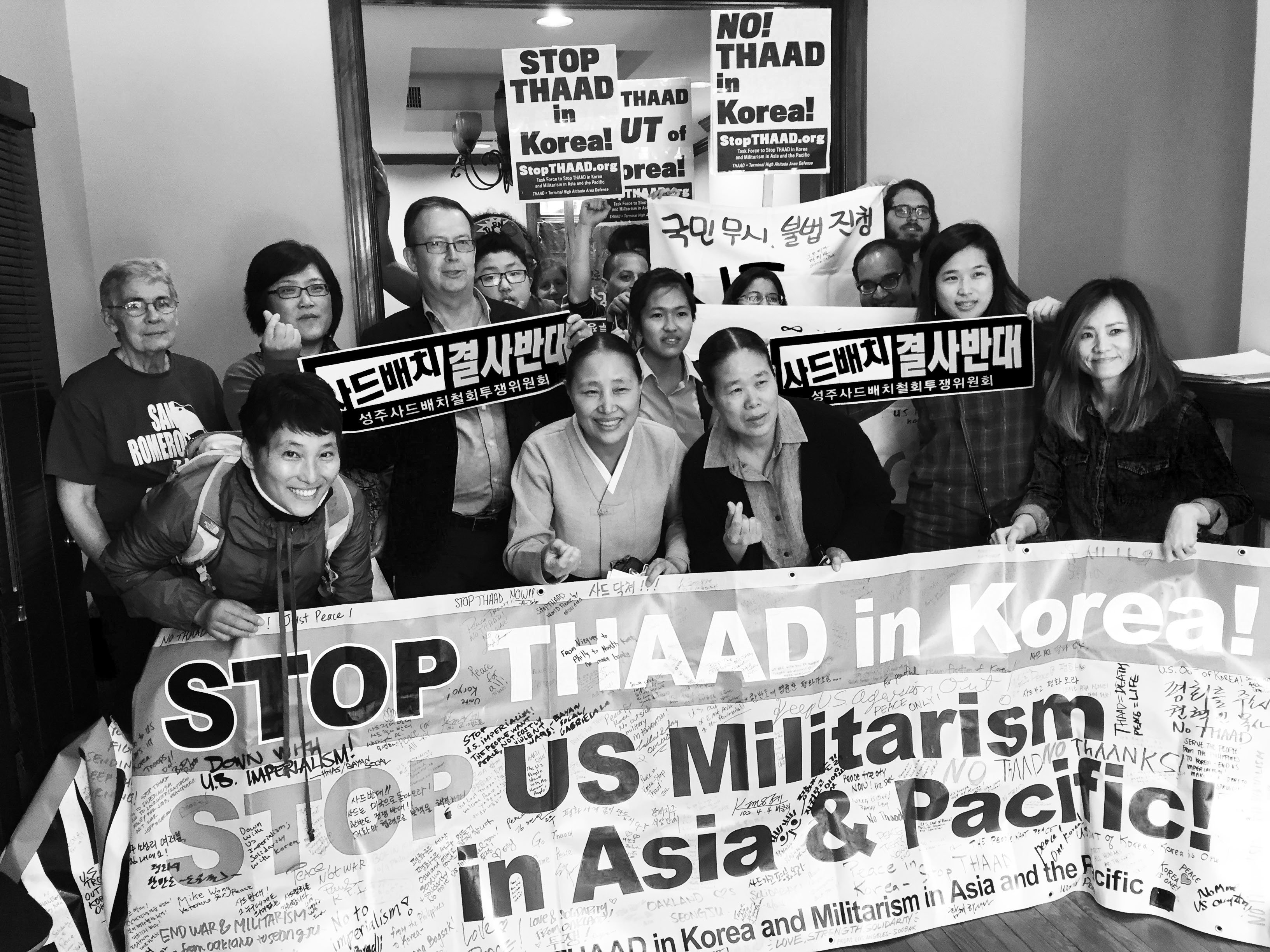 On this show, we hear voices of Koreans, Korean Americans and anti-war activists who say no new war on the Korean Peninsula, a final end to the old Korean war that is officially still going on, and no deployment of the THAAD missile defense system, which critics say is really not a defense system but an offense system–and which is vigorously opposed by the people and the newly elected president of South Korea.

On The Ground-Voices of Resistance from the Nations Capital (www.onthegroundshow.org) is a weekly show that brings alternative news from DC. We cover social justice activism and activists, those who are in the DC area and those who come to DC from across the nation or from across the globe to speak truth to power. Esther Iverem, creator, executive producer and host, is an award-winning journalist, poet, visual artist and activist.