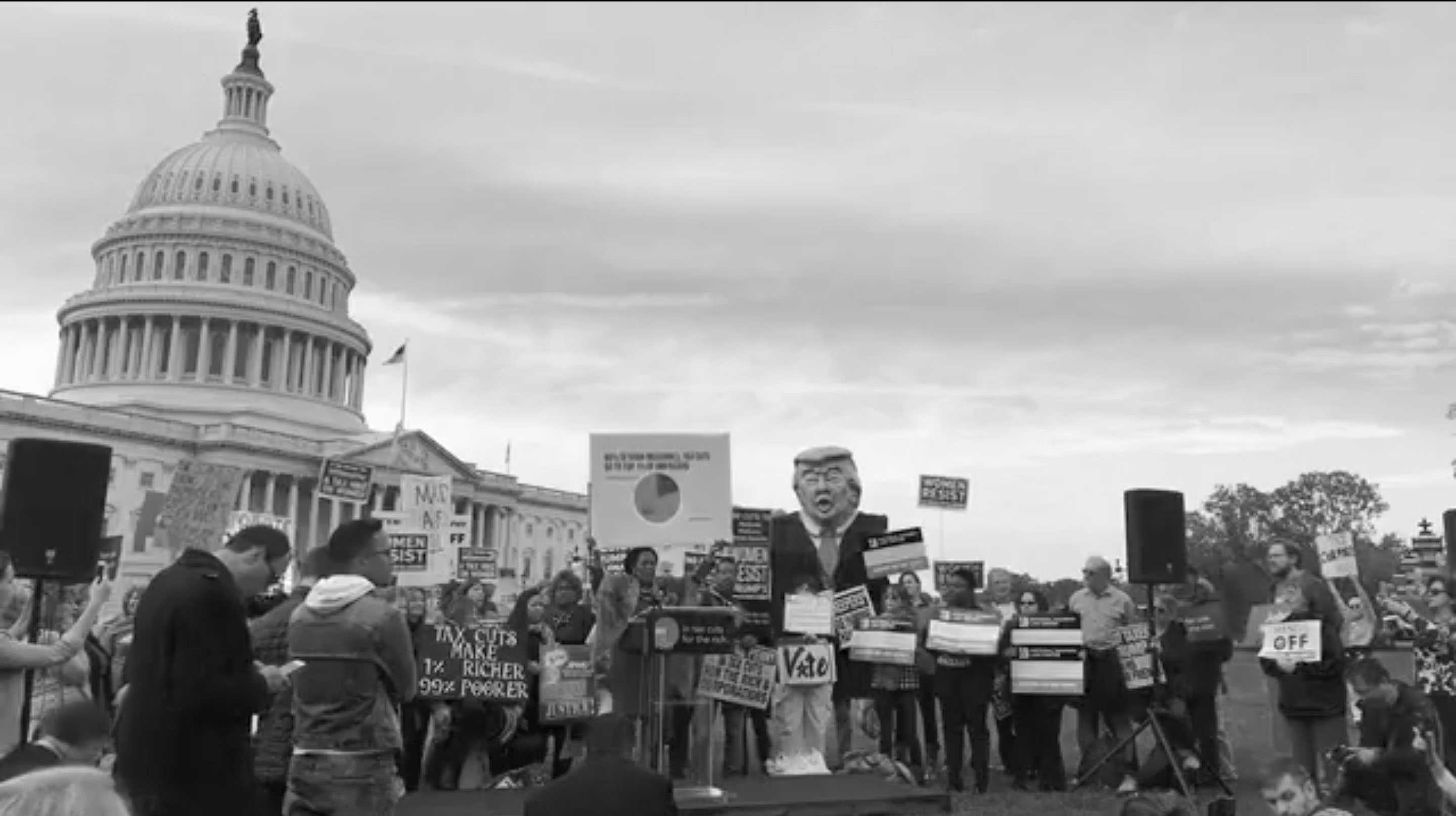 A major new a report is released titled, “Autopsy: The Democratic Party in Crisis” about the loss by Democrats in the 2016 U.S. presidential race. We speak to an author and an analyst of thereport. We also hear voices from among those who gathered at the Capitol to protest the Trump-Republican tax cut for the rich that economists say could be the biggest transfer of wealth from the working class since the 2008 economic crash. And Gerald Horne is joining us with news from around the globe.