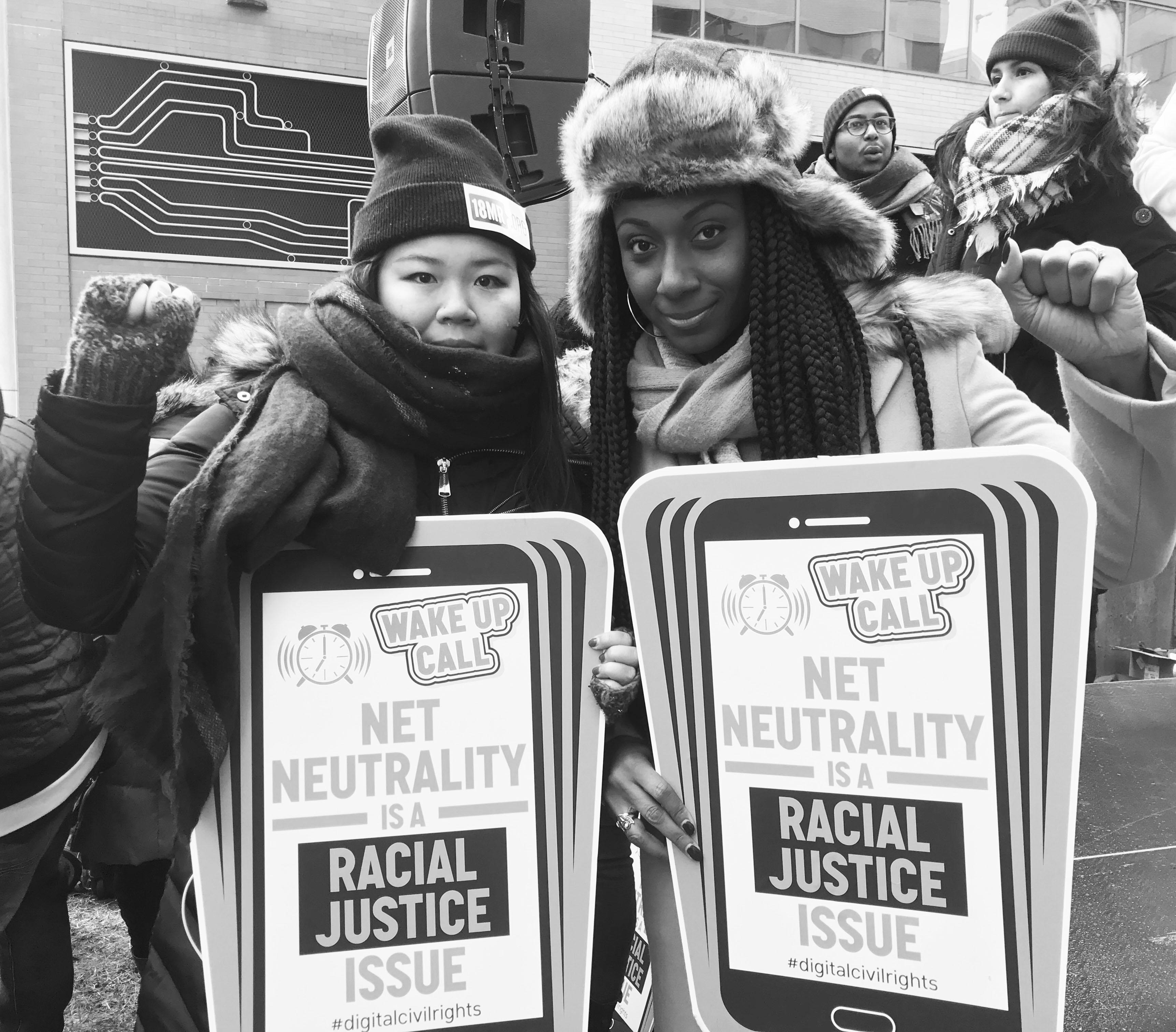 The Federal Communications Commission votes to scrap Net Neutrality rules that ensure equal access to the Internet for everyone. Now, corporations like Comcast and Verizon can create fast lanes and slow lanes of Internet traffic, sabotage the content of rivals, block content and charge websites to simply reach their users. On the Ground was at the Federal Communications Commission on Thursday when hundreds rallied at the Net Neutrality Wake Up Call Protest just before the vote. We hear voices of activists, organizers, legislators and policy makers from that protest for most of this hour.

Headlines: Gerald Horne; Germany’s Foreign Minister backs away from the U.S.; the EU, US and Japan form economic pact to counter China’s growing strength and Rwanda says France was complicit in 1994 genocide.

Correction for Dec. 15, 2017 WPFW broadcast and iTunes podcast: Brianna Gibson is the last voice in the first half of the protest coverage, not at the end of the show.