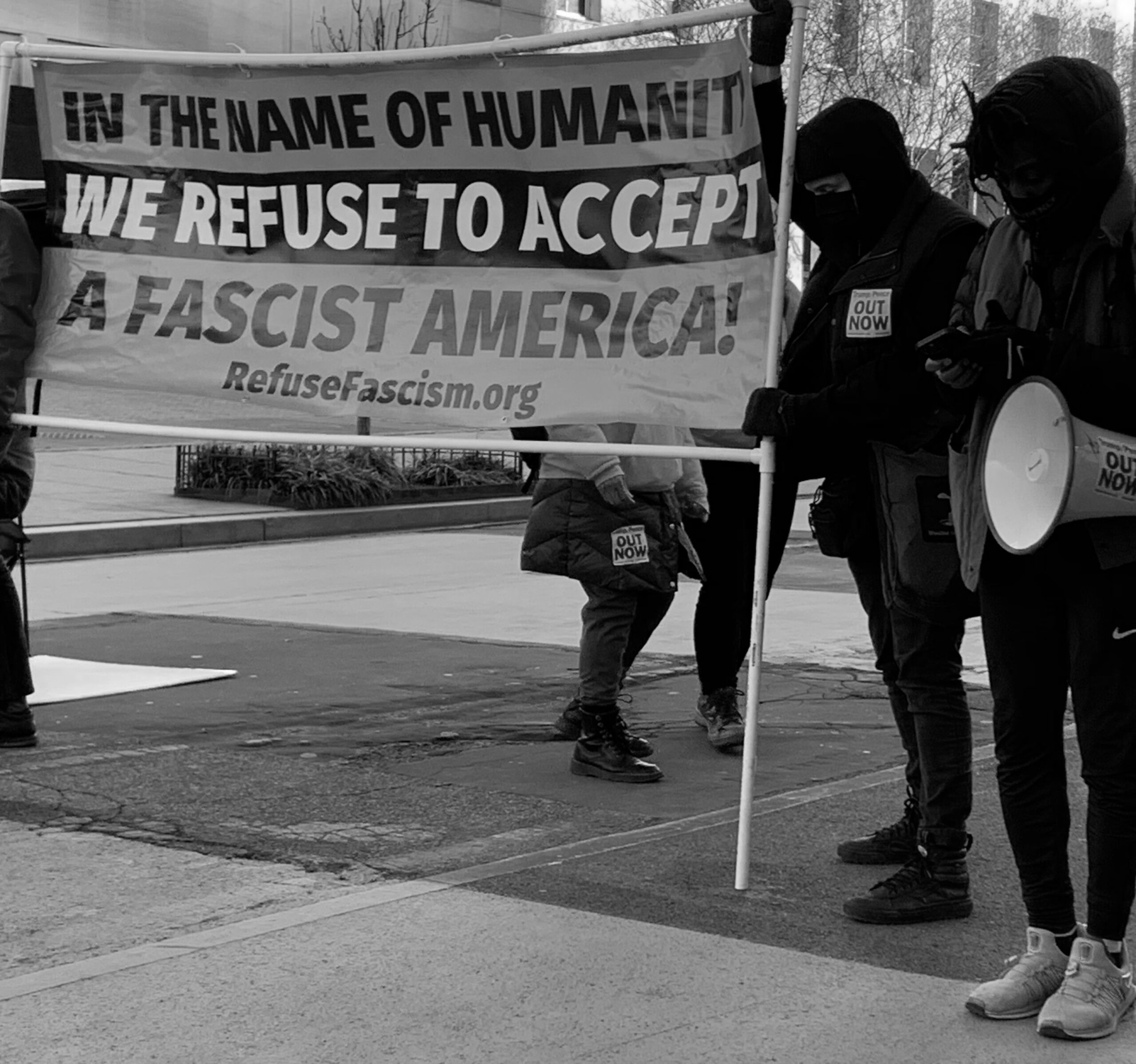 For the first F-word on fascism for 2021, I speak to national coordinator of the anti-war ANSWER Coalition, veteran activist Brian Becker, who gives his take on the January 6 attack on the U.S. Capitol and the emboldening of the violent far right. Rev. William Lamar, pastor of DC’s Metropolitan AME Church, says that even though the Democrats won the White House the people must win human rights like healthcare and economic justice. Gerald Horne on Mike Pompeo and headlines.

Headlines: 15,000 National Guard Troops are camped out at the U.S. Capitol—and that number is expected to swell to 26,000 by the inauguration on January 20th… Second Trump impeachment and corporate withdrawal put Republicans on the defensive… Fear and loathing in Congress… All of the District  of Columbia is impacted  when swarms of violent right-wing extremists invade the nation’s capital… the Biden Administration unveiled a 1.9 trillion dollar stimulus plan. Plainclothes police officers in Gaithersburg, MD kill a black man. A forum on Iran and Venezuela and more.