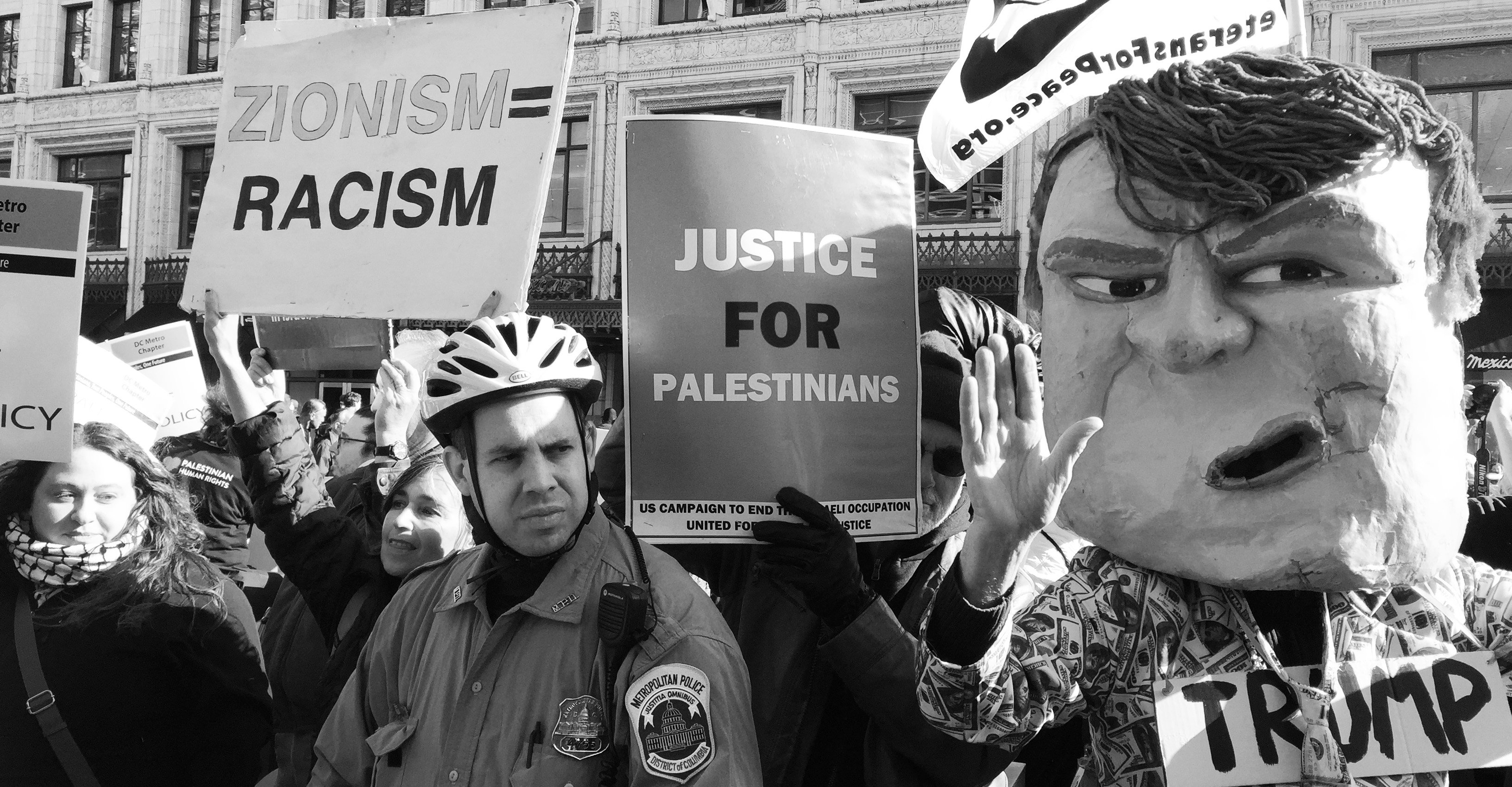 Voices of protest and civil disobedience at the large DUMP TRUMP AND DISARM AIPAC RALLY outside the Washington, DC gathering of the American Israel Public Affairs Committee, the pro-Israel lobby, as presidential Donald Trump was scheduled to speak. MUCH OF THE NEWS CYCLE this week was consumed with the bombings in Brussels and the meeting of AIPAC, and speeches before AIPAC by all the Republican presidential candidates and Democrat Hillary Clinton—all of whom fell all over themselves to appear the most pro-Israel and how they would even exceed the $30 billion that the US supplies in military equipment to Israel, in apparent violation of US laws forbidding these weapons be used to commit human rights abuses. In its 2014 invasion of Gaza, more than 2,200 Palestinians were killed, including 500 children.