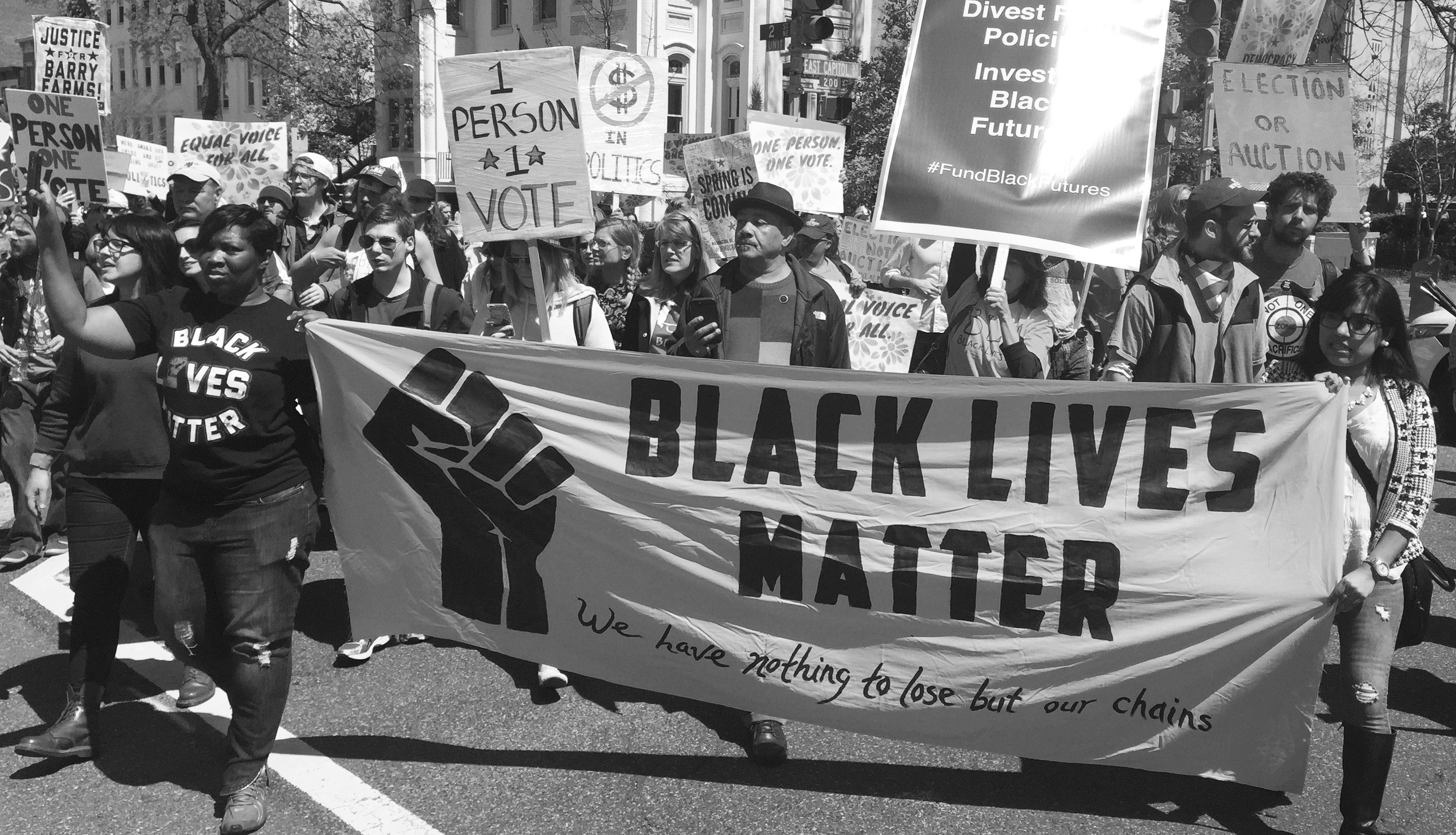 On what is traditionally Tax Day, hundreds at the U.S. Capitol are arrested as a part of Democracy Spring to get money out of politics, to advocate for voting rights and for racial justice. We hear voices from the racial justice rally at Democracy Awakening. Also, Tony Medina, editor of the new poetry anthology, Resisting Arrest, joins us and reads from the book that includes more than 80 poets. Guests and voices: Tiffany Hunter, Gerald Horne, April Goggans, Stewart Anderson, Shani Smith, Dorie Ladner and more.

Headlines:
-Democracy Spring at the U.S. Capitol.
-Fight for 15 strikes and actions in more than 300 cities.
-Maryland General Assembly passes police reform legislation.
-So far the other shoe has not dropped in the hack of Mossack-Fonseca. List of U.S. individuals and groups involved has not been released.
-Gerald Horne visits the DMV for his new books, Confronting Black Jacobins: The United States, The Haitian Revolution and the Origins of the Dominican Republic and Paul Robeson: The Artist as Revolutionary