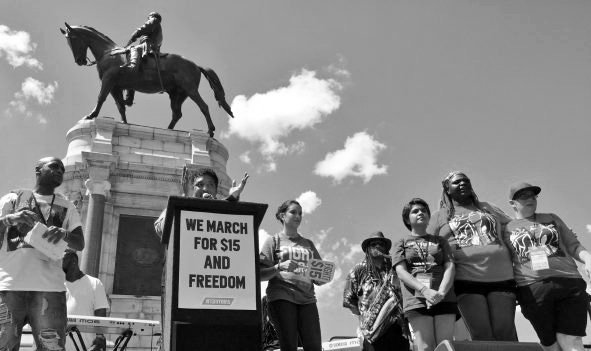 A post-Labor Day special featuring voices of workers from the first Fight for $15 Convention held August 12-13, 2016, two hours south of DC in Richmond, Virginia, a site chosen intentionally as the seat of the former Confederacy. Organizers of the Fight for $15 movement say that since its launch four years ago with fast-food workers, 20 million low-wage workers have gained significant raises and that the movement has helped to spotlight the working poor and wealth inequality in the United States. The movement has expanded to include childcare teachers, adjunct professors, janitors and homecare workers. Our show begins with the convention march and rally, including a keynote address by the Rev William Barber, and ends in the second half with remarks by workers attending the convention.