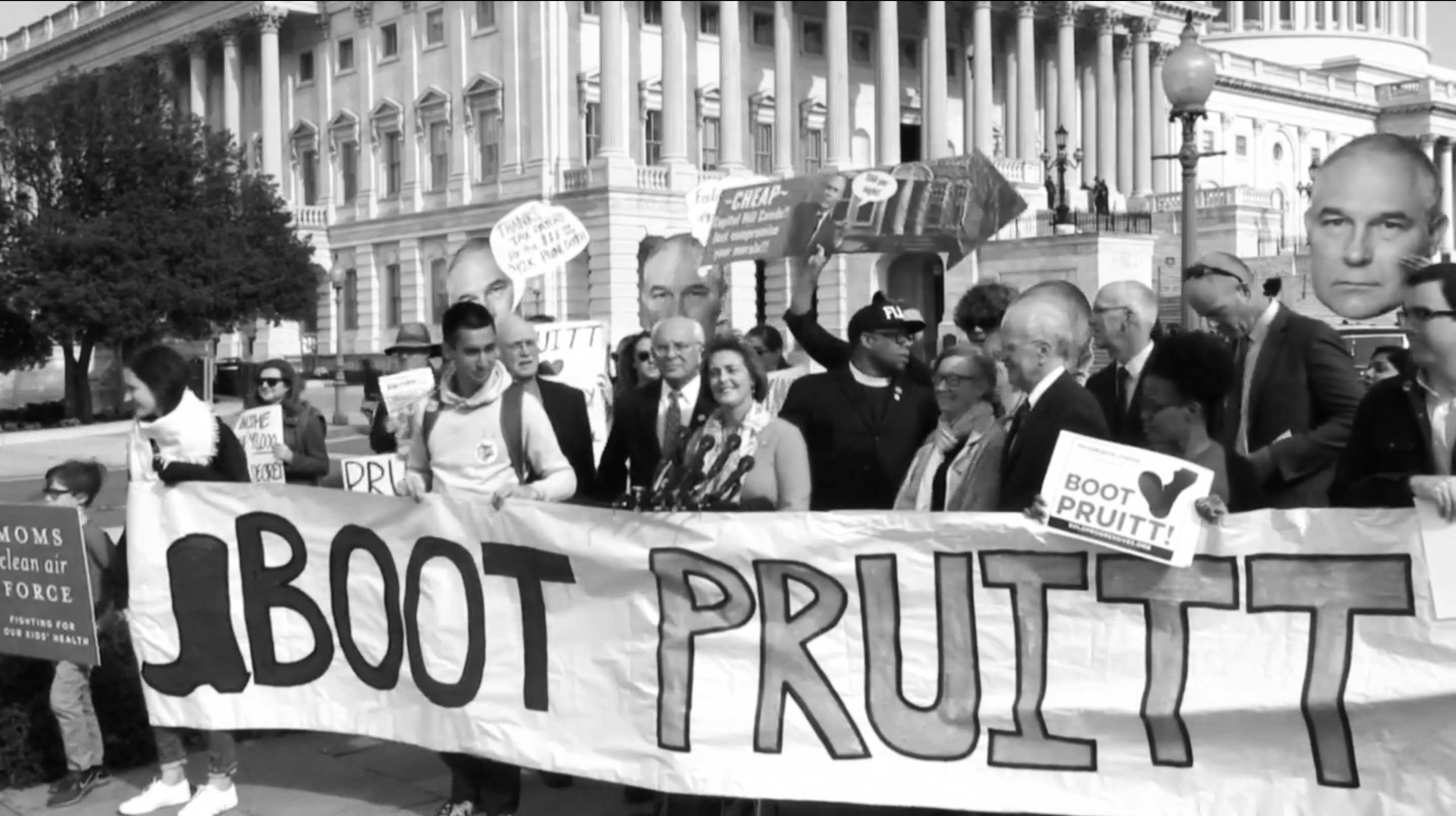 On this show, activist and radio show host Brian Becker on why the anti-war movement is split on opposing U.S. attacks on Syria. And it’s the fourth Friday of the month, time for our in-depth focus on culture and media, and Brian stays with us as we look at the news and information landscape in this new ‘cold war’ in the United States. And we have voices outside the Supreme Court continuing to oppose Trump’s Muslim ban. Plus headlines: “Boot Pruitt” rally and more.

On The Ground-Voices of Resistance from the Nation’s Capital (www.onthegroundshow.org) is a weekly show that brings alternative news from DC. We cover social justice activism and activists, those who are in the DC area and those who come to DC from across the nation or from across the globe to speak truth to power. Esther Iverem, creator, executive producer and host, is an award-winning journalist, poet, visual artist and activist. Her most recent book is Olokun of the Galaxy, a book of poetry and visual art about honoring Earths oceans and ecosystem and those who perished or descended from the Atlantic Slave Trade. (Seeing Black Press).