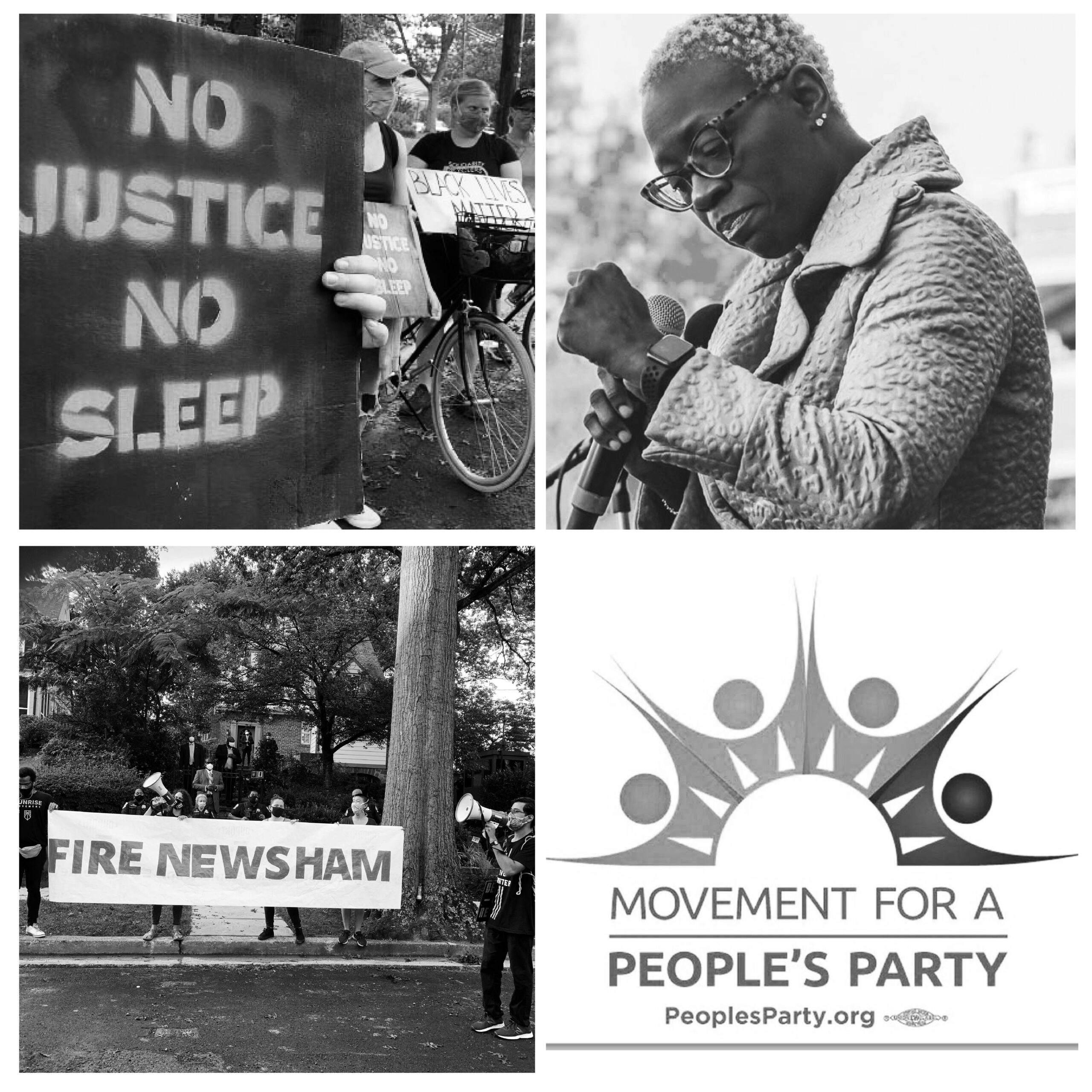 With their popular candidate and policies crushed by the Democratic National Committee during the last two presidential primary seasons, some progressives are breaking away from the Democrats and forming the Movement for a People’s Party. We feature speakers from the convention, including former Ohio state senator Nina Turner and journalist Chris Hedges. And this week, with more cases of police terror, here in DC and around the country, activists renew protests in a changed environment of racist backlash and emboldened White supremacists.  Sunrise Movement activist John Henry Williams speaks outside home of DC mayor Muriel Bowser.

Plus headlines: Anti-racist activists marched in DC and around the country to protest the police murders of more Black people. In Southeast DC, Deon Kay, an 18-year-old, was shot and killed…Activists rally outside home of DC mayor Muriel Bowser…Gerald Horne on U.S. domestic and international news…Residents of Mossville, LA impacted by Hurricane Laura…Culture and media updates and announcements on Julian Assange and more.