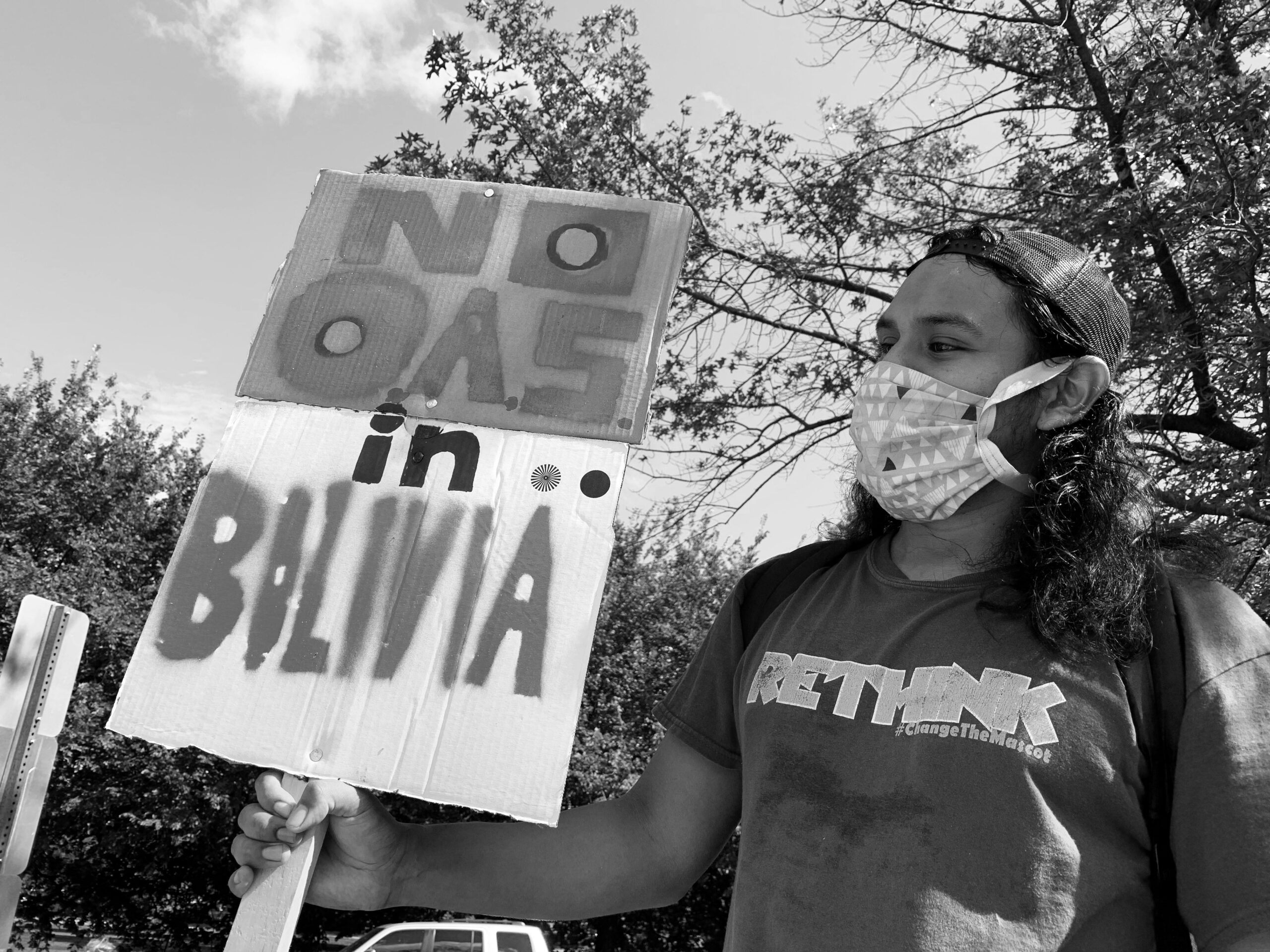 The dumpster fire known as the first presidential debate may still be burning in our minds but it is overshadowing a very important Congressional hearing held that same day, about white supremacists working as police officers. We speak to professor Gerald Horne and hear voices from the hearing. And the Bolivian diaspora returns to the scene of the crime: the Organization of American States, which spearheaded a military coup in 2019 that ousted president Evo Morales and installed a fascist regime. The popular movement of Bolivians wants fair elections, which they know they can win again.

Plus headlines: Donald Trump tests positive for coronavirus… House of Representatives passes smaller version of its coronavirus relief bill but it is unlikely to be approved by the Senate or White House… Another 1.5 million Americans filed new claims for unemployment… Disney, Allstate, United Airlines and Americans Airlines  announced plans recently to fire or furlough more than 60,000 workers… Prince George’s County, Md., will pay $20 million to settle a lawsuit brought by the family of William Green… Students and activists consider the presence of police officers in schools… New reports on corporate pollution… Culture and Media: Julian Assange, Kevin Young, Joseph Ross.