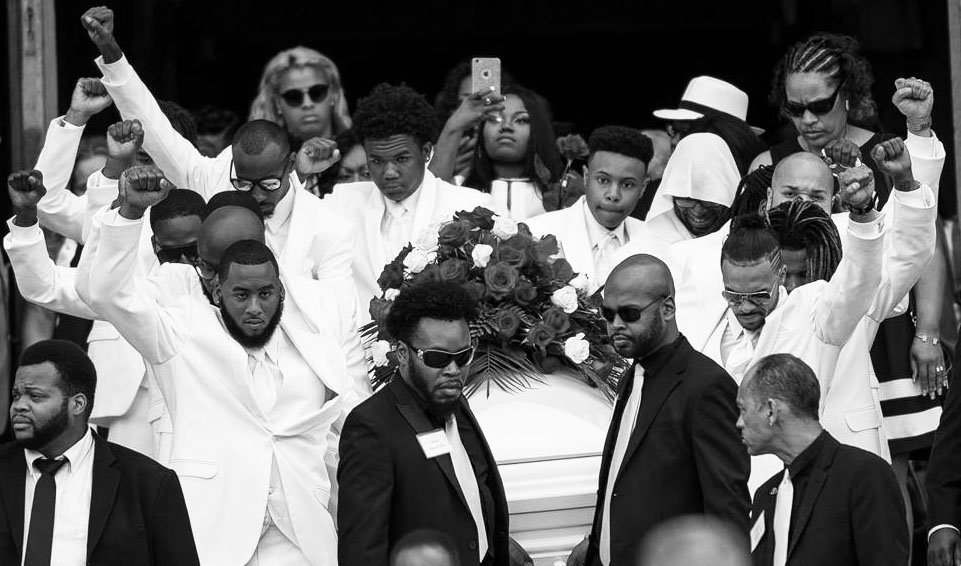 In the week after three Black men were shot to death by police at point-blank range, the Black Lives Matter movement is the only movement that is standing between the survival of Black lives and the normalization of our murder. If there is no protest then our murder is normal and normalized. A conversation with author and activist Gerald Horne, plus Danez Smith at the Brave New Voices: International Youth Poetry Slam Festival at The John F. Kennedy Center.

Headlines:
-Teachers, parents and community organizers gathered here in DC for the Save Our Schools People’s March for Public Education & Social Justice, with portions of remarks from 12-year-old Asean Johnson and Jitu Brown of Chicago.
-Kevin Poole of Pennsylvania was one of the Black farmers who gathered outside the Supreme Court to protest what they say is “unremitting discrimination” from the United States Department of Agriculture.
-Organizations such as Food and Water Watch are asking the public to contact the white house and urge President Obama to veto the so-called Dark Act, which they say will leave consumers in the dark about whether or not their food contains genetically modified ingredients.
-Newly released federal documents reveal that the U.S. has approved fracking offshore leading to billions of gallons of wastewater to be dumped into the Gulf of Mexico.
-A 15-turbine wind farm was approved by Long Island Power Authority off the coast of eastern Long Island.
-In DC, neighbors in Lincoln Park and across the district are forming a co-op with the help of DC SUN to make it easier to save money on the purchase of solar panels.
-Culture and Media