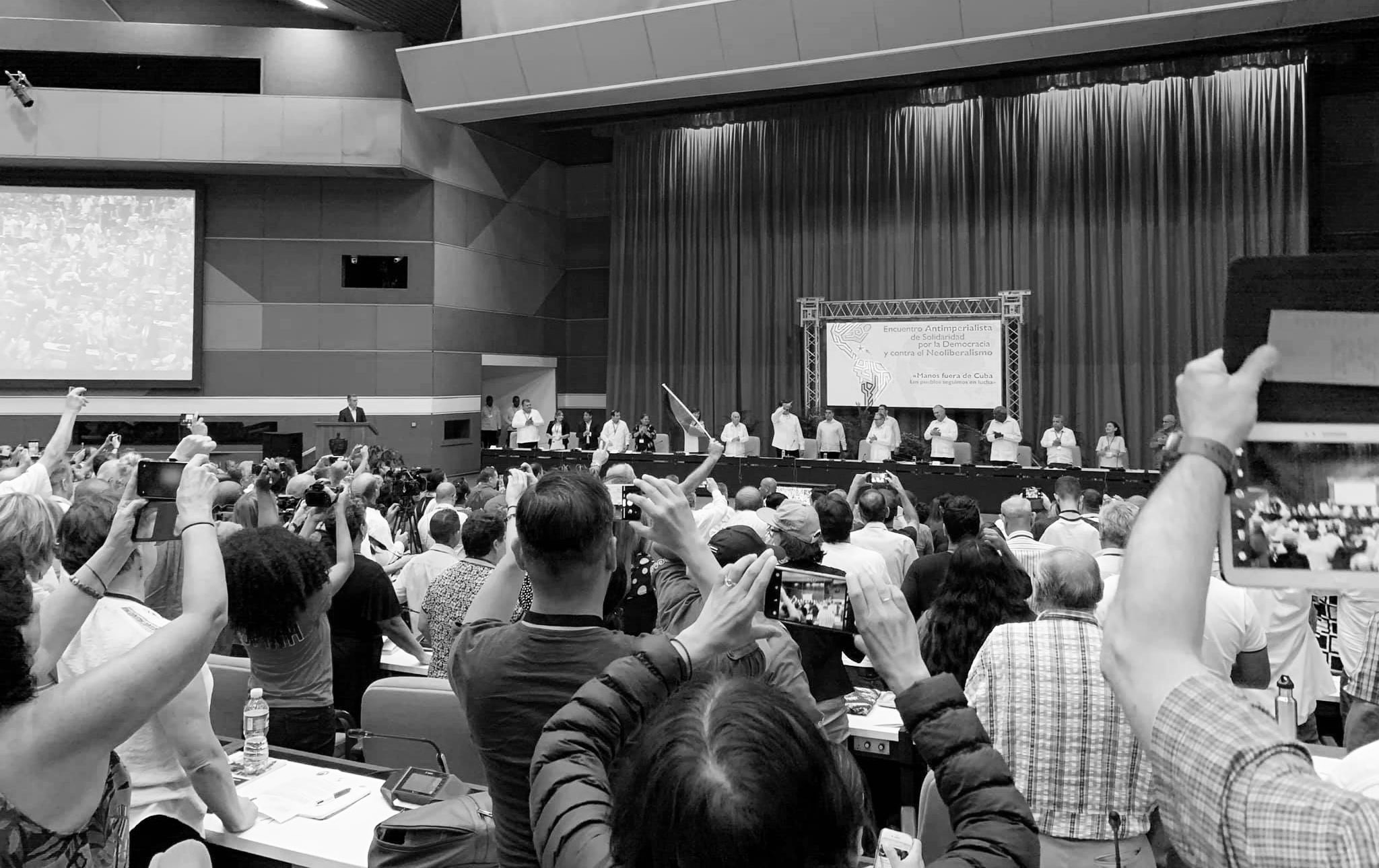 Part one of our coverage from a gathering of 1500 people from around the globe who met in Havana, Cuba for the Anti-Imperialist Solidarity Meeting, for Democracy and Against Neoliberalism. The conference occurred as millions around the world, from Iraq to Haiti, from Chile to Honduras, protest in the streets against vast wealth inequality, poverty, environmental collapse and all the social ills brought about by the exploitation of people and natural resources for profit.  Headlines:

One thought on “‘ON THE GROUND’ SHOW FOR NOVEMBER 8, 2019: Coverage from the Anti-Imperialist Solidarity Meeting, for Democracy and Against Neoliberalism in Cuba, Part 1”