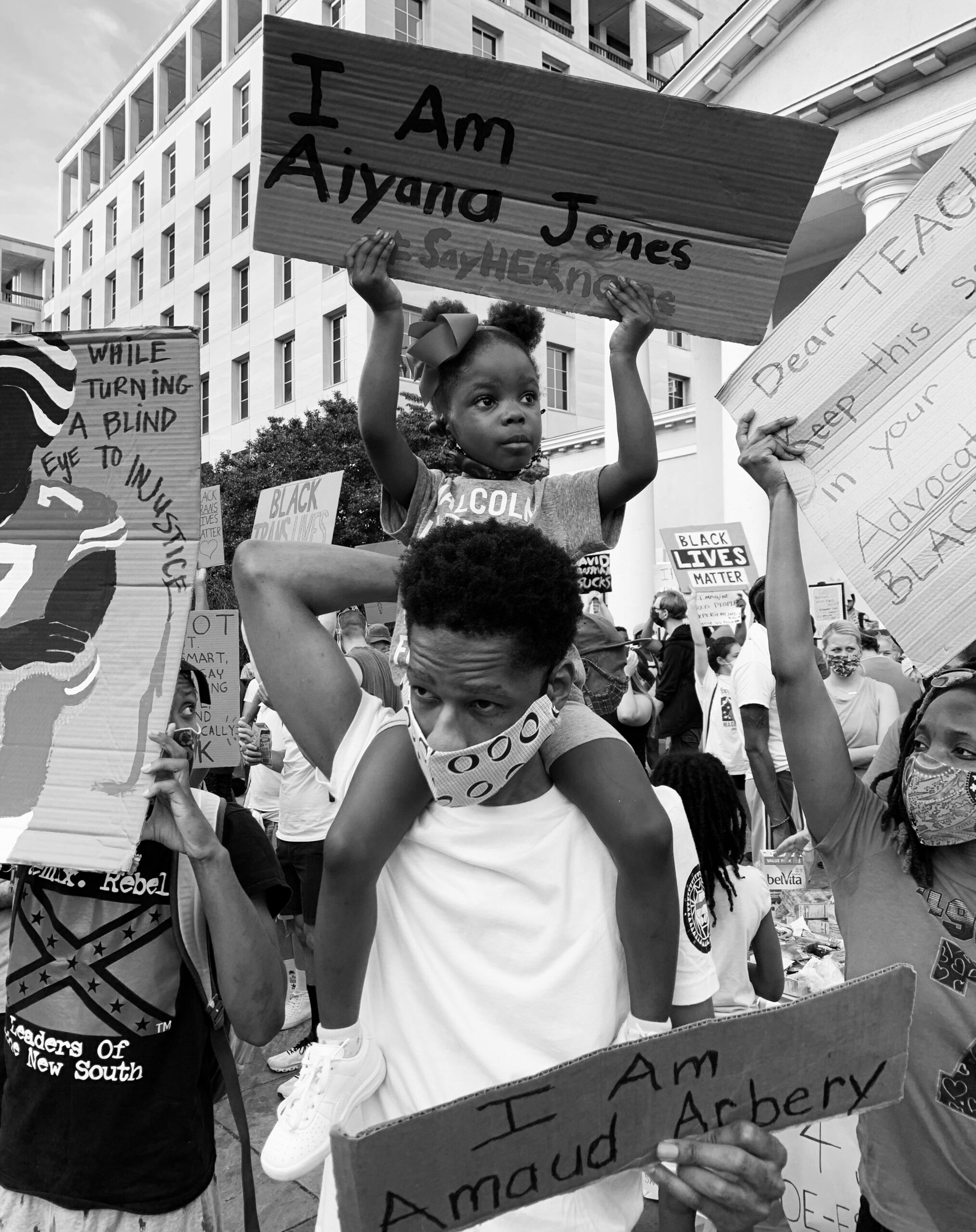 For this month’s episode of the F-word on fascism, we speak to Erica Ramirez, director of applied research at the Auburn Seminary, about the protest movement against racism, state violence, and her essay, “Is a Belief in Capitalism Required to be Truly American?” Also, for many protesting in the streets, the Juneteenth holiday is an historic reminder of the failure of the law to protect Black people. Plus headlines:

–Former Atlanta police officer Garrett Rolfe, turned himself in on Thursday to face a total of 11 charges.
–Philonise Floyd, brother of George Floyd, killed by Minneapolis police last month, testified before the U.N. Human Rights Council in Geneva.
— There are scores of other victories for the protest movement this week, including the Philadelphia is reducing funding for police by more than $33 million.
–On Capitol Hill, The U.S. Senate introduced Wednesday their version of police reform legislation.
— In an online discussion this week, Rep. Ayanna Pressley of Massachusetts explained her opposition to qualified immunity for police officers.
— Rep. Barbara Lee Unveiled a Plan this week to Cut Up to $350 Billion dollars From the Pentagon.
— Activists for Palestinian rights draw analogies between cutting defunding for militarized policing here in the US and cutting U.S. funding for the Israeli military.
–Israel plans to move forward with an illegal annexation in the West Bank as early as July first.
— The U.S. Supreme Court ruled the Trump administration cannot end DACA and ruled that job discrimination on the basis of sexual orientation or identity is prohibited under of the Civil Rights Act of 1964.In DC, more than 15,000 people submitted testimony for a hearing this on the budget of the Metropolitan Police Department.
— Donald Trump’s newly-appointed head of the U.S. Agency for Global Media, Michael Pack, fired several career officials at the agency, which oversees Voice of America. Pack is also aligned with far-right activist Steve Bannon.
— The Trump administration on Wednesday abruptly withdrew from international negotiations over how best to tax the profits of multinational corporations such as U.S.-based tech giants Google and Amazon.
— Shadowy Wikipedia editors ban use of the investigative site, The Grayzone, as a news source.
–The AFI DOCS documentary festival, underway through Sunday June 21st, is virtual this year
–History Notes on the Soweto Uprising, Eugene V. Debs and Ethel and Julius Rosenberg.
–Juneteenth 2020 becomes a source of energy for anti-racism movement.